Director of the Asthma Institute

Sally Wenzel completed her MD degree at the University of Florida. Following her residency in internal medicine at Wake Forest University and her fellowship in pulmonary and critical care medicine at Virginia Commonwealth University, she spent 19 years at National Jewish and the University of Colorado before moving to the University of Pittsburgh.  She received the Elizabeth Rich Award for her role in promoting women in science, the ATS Award for Scientific Achievement and  the ATS Foundation Breathing for Life Award.  She is currently Director of the University of Pittsburgh Asthma Institute at UPMC, holds the UPMC chair in Translational Airway Biology and is Subsection Chief of Allergy.  Dr. Wenzel has served as Deputy Editor for the American Journal of Respiratory and Critical Care Medicine and is a frequent reviewer for the New England Journal of Medicine and other publications.

Wenzel has a passion for understanding and improving the treatment of asthma, in particular severe asthma. She has promoted severe asthma as a complex disease and her studies of asthma phenotypes have led the field in understanding these complexities.  Dr. Wenzel has developed a strong translational program to study the pathobiology of severe asthma and its phenotypes, modeling ex vivo findings in vitro, using primary human airway cells from patients and controls.

Alcorn received his PhD in Cell and Molecular Biology from Duke University in 2003. During this time he worked with Dr. Jo Rae Wright on the host defense properties of lung surfactant proteins in the context of bacterial pneumonia. Following his training, he completed a post-doctoral fellowship at the University of Vermont Lung Center with Dr. Yvonne Janssen-Heininger.

Alcorn’s projects were focused on inflammatory signaling in mouse models of asthma and acute lung injury. His expertise includes immunology, cell biology, molecular biology, lung physiology, and disease modeling. His current position is in the Division of Pulmonology, Allergy, and Immunology at Children’s Hospital of Pittsburgh, where he is focused on the immunologic mechanisms of severe and steroid insensitive asthma, a significant source of morbidity and mortality in the western world. He is particularly focused on T cell immunity and epithelial cell biology.

Boutaoui obtained her PhD in genetics from the University of Reading (England) and trained as a postdoctoral associate at the Brigham and Women’s Hospital (Harvard), where she later became an epigenetics specialist. She joined the Children’s Hospital of Pittsburgh as a Laboratory Director in July 2010.

Boutaoui has extensive experience in genetics/epigenetics and has implemented and managed genome wide genotyping and methylation platforms for multiple studies. She is interested in using genetics and epigenetics tools to understand the effect of nutrition and environmental exposures on respiratory diseases such COPD and asthma. She has established a quality control pipeline for Genome Wide Association Studies (GWAS).Dr. Boutaoui and colleagues have identified FAM13A as a COPD susceptibility locus and showed that variable DNA methylation is associated with COPD and lung function.

Celedón is the Niels K. Jerne Professor of Pediatrics and the Division Chief of Pediatric Pulmonary Medicine, Allergy and Immunology at Children’s Hospital of Pittsburgh of UPMC and the University of Pittsburgh. Dr. Celedón completed medical school at Pontificia Universidad Javeriana School of Medicine in his native Colombia. He trained in internal medicine at Beth Israel Deaconess Medical Center in New York City and in pulmonary and critical care medicine at Brown University School of Medicine. In 1999, he became a research fellow/instructor at Channing Laboratory. There he developed a research program into the epidemiology of lung disease. Since that time, his research has focused on the effects genetic variants, environmental exposures and behavioral factors have—working independently and together—on the origin and development of lung disease. He is also a Professor of Medicine and Human Genetics at the University of Pittsburgh, and the Director of the Pediatric Environmental Medicine Center of Children’s Hospital of Pittsburgh of UPMC.

Celedón’s research goals are to identify genetic and environmental influences on the development of airway diseases in general and in ethnic minorities in particular. He leads research studies of the genetics and epidemiology of asthma in Puerto Rican children, as well as a study of the genetics of chronic obstructive pulmonary disease (COPD) in Costa Rica.

After the completion of his B.A. in Classical Studies and Chemistry in 2005, Dr. Gauthier stayed at Vanderbilt for medical school, completing his M.D. in 2009. Dr. Gauthier then came to Pittsburgh for his residency in Internal Medicine at the University of Pittsburgh Medical Center. After completing residency, Dr. Gauthier spent a year as a hospitalist with the Pulmonary Stepdown Service at UPMC Presbyterian and as a general hospitalist covering nights in the ICU at UPMC East. During this time he also pursued research focusing on a novel enzymatic pathway for nitrite reduction regulating NO synthesis. After his hospitalist year, Dr. Gauthier began his fellowship in Pulmonary and Critical Care Medicine at UPMC. Since starting fellowship, Dr. Gauthier’s research interests have shifted to severe asthma looking into the glucocorticoid receptor pathway and its role in refractory disease. During his time away from his clinical and research duties, Dr. Gauthier enjoys ballroom dancing, running and learning bass guitar.

Dr. Gillman is a clinical psychologist who recently joined the Division of Pulmonary, Allergy, and Critical Care Medicine. Dr. Gillman received her doctoral degree in clinical psychology from The City University of New York and completed her advanced clinical training at the St. Luke’s Roosevelt Hospital Center, also in New York City. She is available to provide consultation and psychotherapy to patients with asthma and other respiratory illnesses.

Gillman offers services to patients experiencing anxiety, depressed mood, or general distress related to their illness, or other life circumstances that, in the context of illness, are impacting their health and well-being. Dr. Gillman also is available to meet with family members and other care partners who have a need for additional support, or who wish to consult on the many challenges that arise in families throughout the course of illness and treatment.

Dr. Myerburg completed med school at The University of Pittsburgh Medical School. He completed an Internal Medicine Residency and a Pulmonary, Allergy, and Critical Care Medicine Fellowship at The University of Pittsburgh Medical Center. He is currently an Associate Professor of Medicine and is board certified in Pulmonary and Critical Care Medicine. While his primary clinical and research interest is centered on Cystic Fibrosis, Dr. Myerburg is also studying the mechanism by which mucus clearance is impaired in asthma. Specifically, he has found that the non-gastric proton pump, ATP12A, is dysregulated by Type 2 inflammation and promotes mucus dysfunction.

Allyson Larkin is an Assistant Professor of Pediatrics at the Children’s Hospital of Pittsburgh of UPMC in the division of Pulmonary Medicine, Allergy and Immunology. She attended medical school at the University of Pittsburgh followed by an Internal Medicine Residency at Thomas Jefferson University Hospital in Philadelphia. She did her Allergy/Immunology fellowship at the University of Pittsburgh Medical Center/ Children’s Hospital of Pittsburgh, and is board certified in Allergy and Clinical Immunology and Internal Medicine. Dr. Larkin sees a variety of allergic disorders including allergic rhinitis, eczema, food allergies, drug allergies, eosinophilic disorders and mast cell diseases as well as immunodeficiency. She has an interest in difficult to treat asthma and has a joint clinic with Dr. Aujla evaluating these patients.

The primary goal of Dr. Ray’s research is to understand immune mechanisms involving interactions between dendritic cells (DCs), T helper cells and T regulatory cells as they relate to the regulation of chronic inflammatory diseases in the lung and the gut such as asthma and inflammatory bowel disease. She is also interested in mucosal defense mechanisms against infectious agents. All studies in her laboratory employ genetically altered mice and various immunological, molecular, biochemical and imaging techniques. Her research has been continuously funded by multiple grants from the NIH. Currently, she is Principal Investigator on 3 grants, 2 RO1s and a SCCOR grant Project and is also a co-investigator on additional grants. She was invited to be a member of the Faculty of 1000 Biology in the Immunology discipline.

Ray pioneered the development of inducible cell-specific transgenic mice in the early years of his career and using this system showed an important role for the growth factor KGF in protection from lung epithelial cell death during lung injury. His research in the area of innate immune mechanisms regulating adaptive immunity led to the identification of a central role of the c-kit-PI3 kinase axis in promoting IL-6 but inhibiting IL-12 production in dendritic cells resulting in Th17 and Th2 differentiation and development of the asthma phenotype in an animal model. Ongoing research in Dr. Ray’s laboratory encompasses two major areas, which are studies of innate immune mechanisms that mediate resolution of lung inflammation and protect from lung injury after pneumonia and the impact of early life viral infections on immune mechanisms that predispose to asthma in adult life. These studies utilize animal models of disease and human samples which are analyzed using immunological, molecular, biochemical and imaging techniques. Dr. Ray’s research has been continuously funded by grants from the American Lung Association and the NIH.

Catherine Vitari is the clinical research nurse at the University of Pittsburgh Asthma Institute at UPMC/UPSOM. She studied at the College of William and Mary in Williamsburg, Virginia and received her Bachelor’s of Science in Nursing from the Medical College of Virginia, Virginia Commonwealth University. She is also a certified asthma educator. Her interests are in patient education and adherence.

Xiuxia Zhou received her B.S from Lanzhou University, and M.S and Ph. D in Biochemistry and Molecular Biology from Hebei Medical University. After completing her Ph.D. program in 2000, she continued to teach Biochemistry and Molecular Biology as a professor in Hebei Medical University. In October 2001 she joined the National Jewish Medical and Research Center under the mentorship of Dr. Sally Wenzel and in October 2005 she became a faculty member. Dr. Zhou moved to the University of Pittsburgh with Dr. Wenzel as a research assistant professor of Pulmonary, Allergy and Critical Care Medicine Division in August 2006.

Replace this widget content by going to Appearance / Widgets and dragging widgets into this widget area.

To remove or choose the number of footer widgets, go to Appearance / Customize / Layout / Footer Widgets. 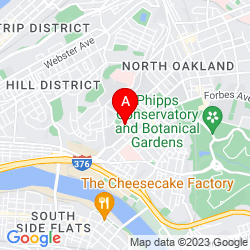